Act In Haste, Repent In Waste

Book Your Appointment
Act In Haste, Repent In Waste

I was only yesterday reading some commentary provided to me by our investment committee at GPS.  It promoted me today to grab some screen shots from Yahoo Finance because the short term volatility always seems more magnified when looking at it without long term context.

You can see that in the short term (over the last year) the movements seem large and out of the ordinary, however of the longer term (20yrs plus) it seems quite consistent with normal market conditions.

Let me know what you think by posting a comment below. 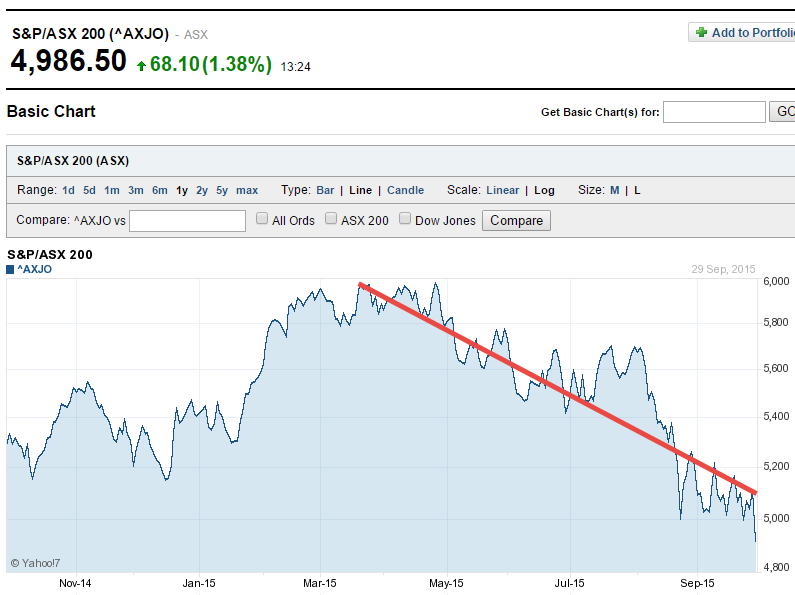 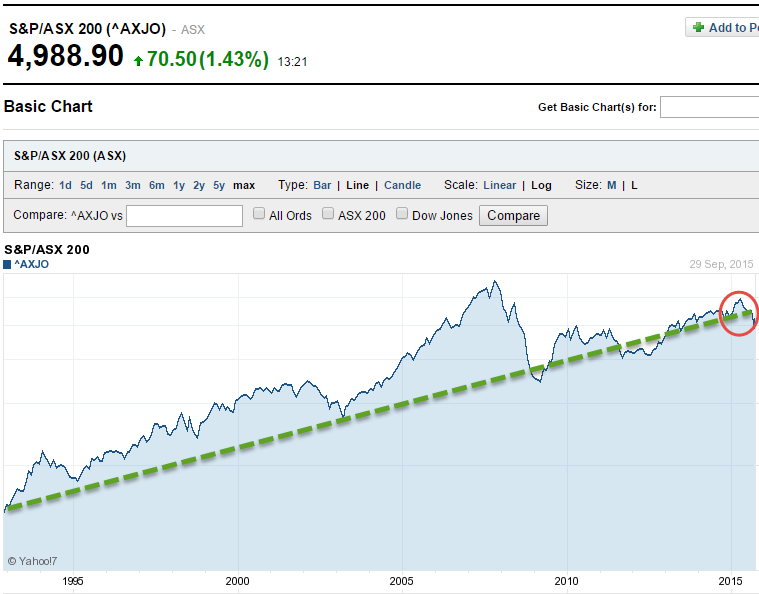 Act In Haste, Repent In Waste

Markets are influenced by many factors in the short term and it is extremely difficult to forecast them with precision. Panicked selling by others often creates opportunities and we may be getting to one of those points at present. The important point is to maintain a longer term focus.

The weakness in the Chinese economy which saw the Central Bank devalue the Yuan  has sparked the recent rout. Vietnam was very swift to devalue its currency on the back of the move by China sparking fears of a currency war.

This is unlikely. The Chinese financial system has also been very volatile, with significant falls in the Chinese stock market after a rise of over 100% the previous 12 months. The Chinese Government has been trying to bolster its market without success. The US Federal Reserve has signalled that it may begin to raise interest rates as early as next month. This will be the first move since the Global Financial Crisis.

In Australia, the reporting season has been steady but many Australian companies provided guidance that trading conditions remain difficult as we move into the 2016 fiscal year. This has seen weakness across a broad range of stocks. In addition both ANZ and CBA and National Australia Bank are in the process of raising $8 billion of new equity at significant discounts in August and this has also depressed the prices of other stocks across the market.

Commodity prices including iron ore, copper and oil have all fallen due to the slowdown in China, which has depressed the share prices of both BHP and RIO Tinto. The 4 major banks, BHP and RIO make up a large portion of the Australian share market – hence the exaggerated weakness. The correction in share prices has restored some value. Telstra’s forward Price/Earnings ratio has come back to 16X and the company has a dividend yield of 5% and franking at 100%. Relative to the cash rate, some buying support is likely.

We know that prices can gyrate wildly in the short term and we also know that such gyrations will create buying opportunities. Corrections of 10% or more are frequent and a natural part of markets. We cannot forecast short term market moves but we do know that behind the noise, well managed quality companies will deliver over the medium to long term for investors.

Well-designed portfolio’s , that are set up in line with your individual goals, circumstances and risk attitude, should be held during  perfectly normal and inevitable downturns such as this one. The CARE process has been designed with exactly this in mind.

It is during these times that some investors can make big mistakes, usually by  selling in panic, driven by the emotions of fear and exaggerated by the negative focus of the media. This issue , like every other “crisis”  will eventually be looked back upon as one of the normal corrective phases of a market , that has always , and always will, rise back above previous highs. We can never tell the exact time frame, or how much lower the market might go, but we know that recovery is  inevitable and good quality diversified portfolios are designed to survive and prosper through these phases.

For retirees, these downturns remind us of the need to have adequate liquidity (or Reserves) so that the good quality , growth components of their portfolio don’t have to be sold at the wrong time.

For those still building their wealth it is a great time to be buying through your regular investments and superannuation contributions , where your dollar cost averaging strategy will see you buying the dips.  Shares are “on sale”.

In summing up, for the long term investor, with a well-structured plan and portfolio, it is that time where sticking to the plan is critical. Usually this is best achieved by avoiding the media and getting on with the good things in life.