Over the December 2014 quarter, 8.6% of all home resales recorded a gross loss compared to their previous purchase price. The figure had fallen from 9.1% over the September 2014 quarter and was lower than the 9.6% recorded over the December 2013 quarter. The proportion of loss-making resales was at its lowest level in December 2014 since the three months to June 2011. The total value of these loss-making resales over the quarter was $418 million and the average loss was $65,435.

Read the full report by clicking on the image below. 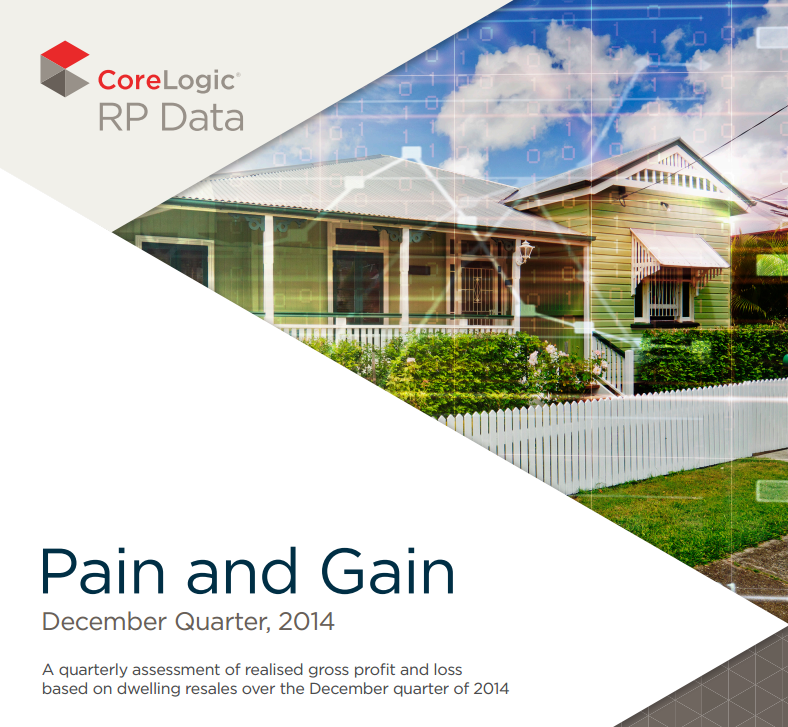